The Maltese Fun Day has always been a highlight of the year for me. When I first went it was a very quiet affair with visitors and dogs sitting in the splendid surroundings of Baginton Village Hall. The Maltese dogs enjoying seeing other Maltese, owners exchanging experiences of how naughty or clever their little charges were. Back in 1992, the Committee had asked me if I would like to run the Fun Day. I was honoured to accept such a position. Firstly, at that time the many stalls at the Championship shows were more than generous in their support of small events like the Maltese Fun Day. I would write and post one of my begging letters and like magic the boxes would arrive. It could be grooming products, food, dog beds. It was wonderful not knowing what marvellous things would turn up. The years passed and the event grew and grew until we can now boast an auction with tables overflowing with amazing gifts. The Tombolla could hardly manage with 3 large trestle tables covered with prizes for everyone, the Raffle tables were the same.The Plant Stall with a plant expert ready to give advice on general care and growth. Cakes conjured up using Mary Berry Cookbooks, they looked and tasted amazing. The day started with the smell of bacon cooking and coffee perculating in the kitchen. What a great way to welcome the hungry committee and helpers. Assembling all the gazebos looked like a giant lego puzzle but they proved so useful when the showers of rain descended upon us. We were determined to keep all of our prizes nice and dry.

One of the first events were the Maltese races. Some dogs decided to run, or try running, and others just used the race as an excuse to lie down on the track. Avis and Neil German used their great experience in this event to decide who came in at what position. It all culminated in a run off at the end to decide on the ultimate winner. Everyone was given beautiful rossettes organised by our Treasurer, Steve. I’m quite sure they ended up hanging proudly in pride of place at home.
After the races everyone was ready for the Auction, manned by Steve and Mell. A huge amount of doggy related material had been collected by hard working Committee members. Assistant auctioneer Lee paraded various items around the field, making sure no one missed out on a bargain. The Tombolla has continued to be very popular, with everyone queuing for their ticket. What’s more – almost every ticket was a winner. Happy Maltese lovers were laden with prizes.
Then came an assortment of competitions for Best Six Legs, Prettiest Bitch, Most Handsome Dog, Best Trimmed Coat, and Waggiest Tail. The winners assembled for Best In Show. Everyone who had been judged had acquired an assortment of products, bags of food and a medal with a photo of a Maltese on to wear with pride.
The Fancy Dress competition showed great imagination and a lot of thought had gone into the whole thing. We had everything from a sleeping Maltese in a giant box of Maltesers to a psychic Fortune Telling Maltese. First prize went to A Dog Isn’t Just For Christmas, second was Psychic Steve and third prize went to Hansel from Scotland. The photos show how hard everyone had worked on presentation.
Strawberries and cream went down very well as did the raffle for an amazing chocolate cake that was prepared by Sandie. As the visitors headed home another fun filled Fun Day drew to an end. We can all feel proud that after Sunday, and everyone’s hard work, any Maltese that require rescue will be well cared for for another year. Well done everybody! 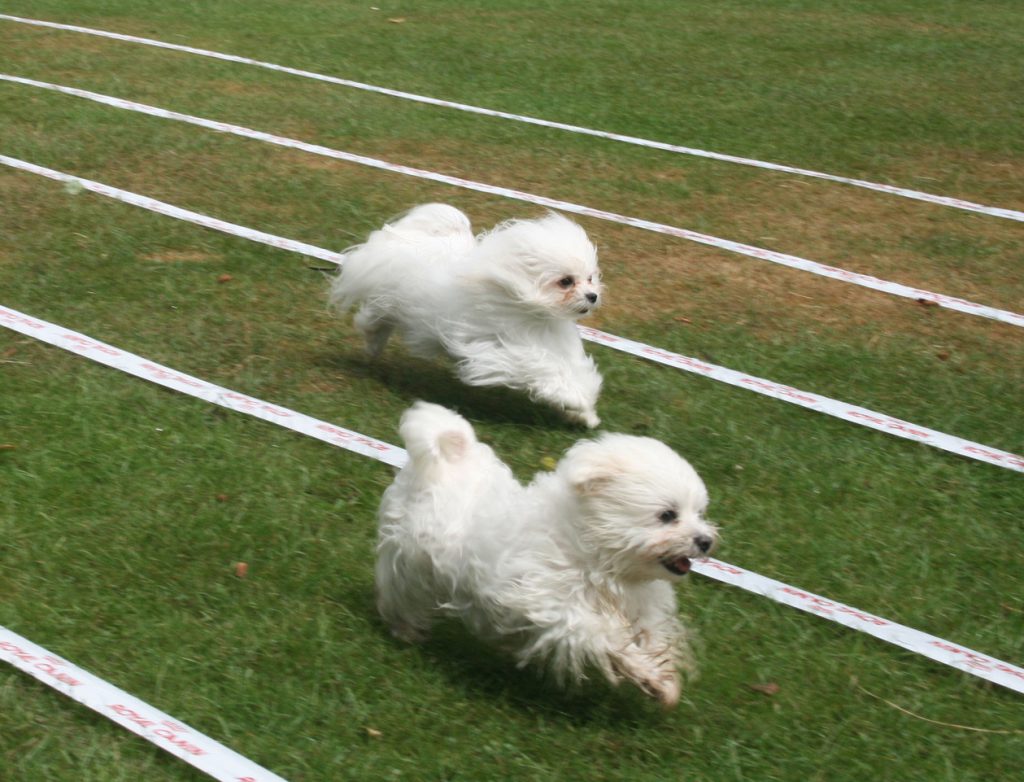 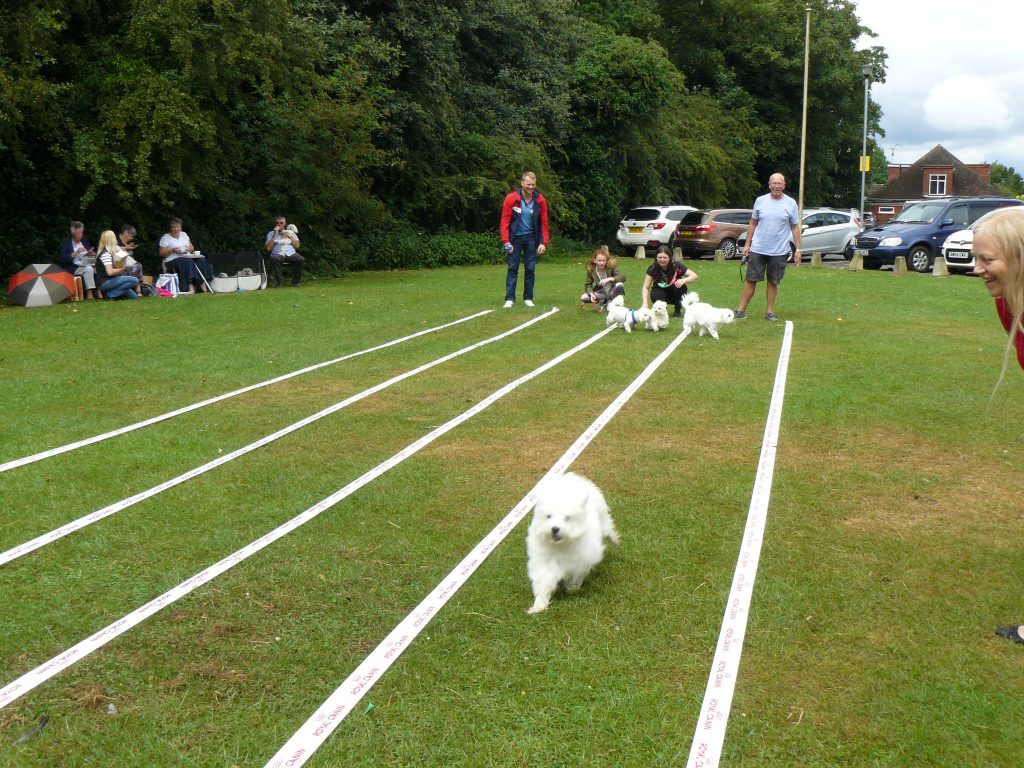 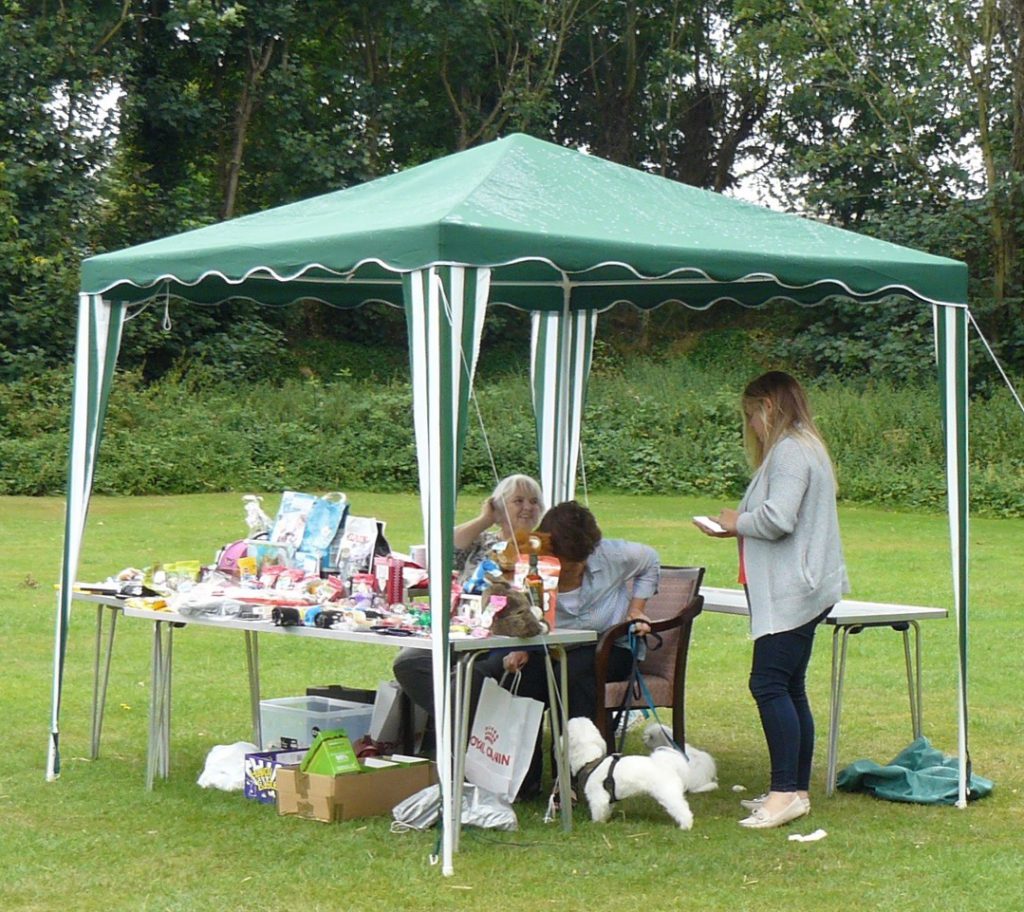 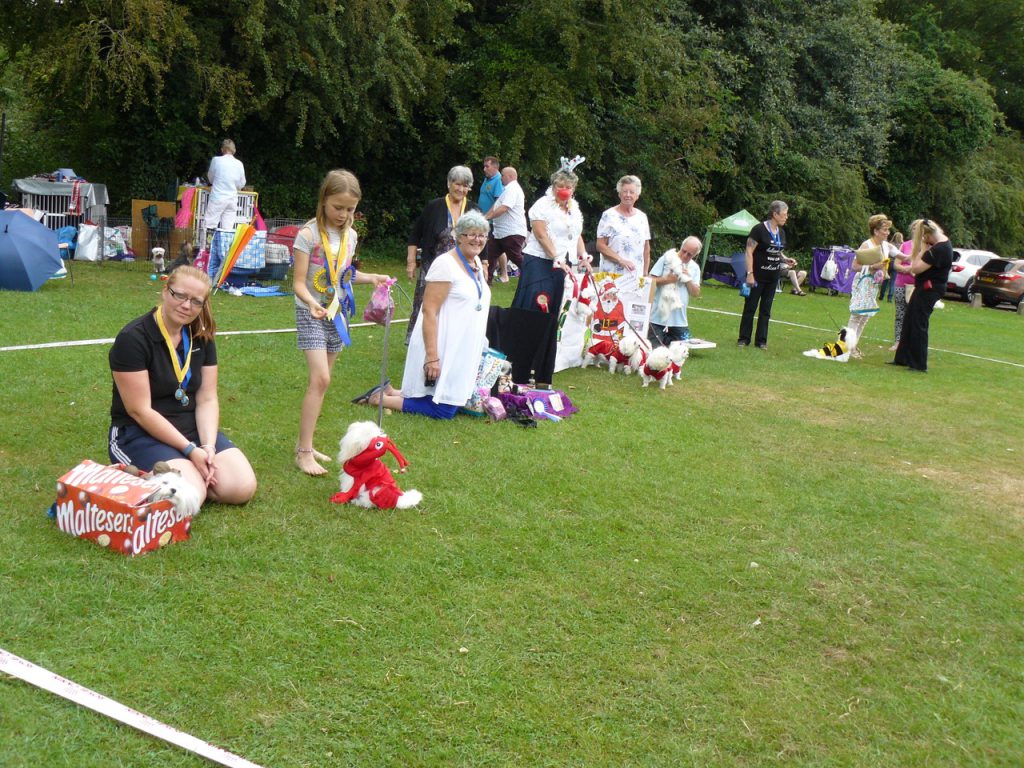 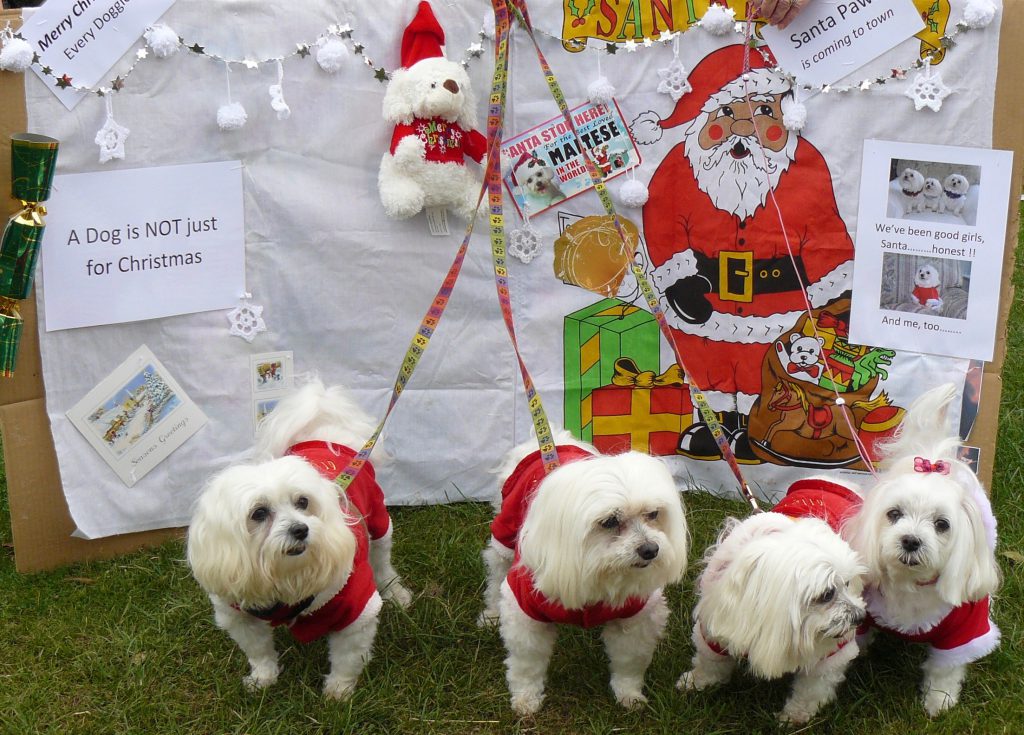 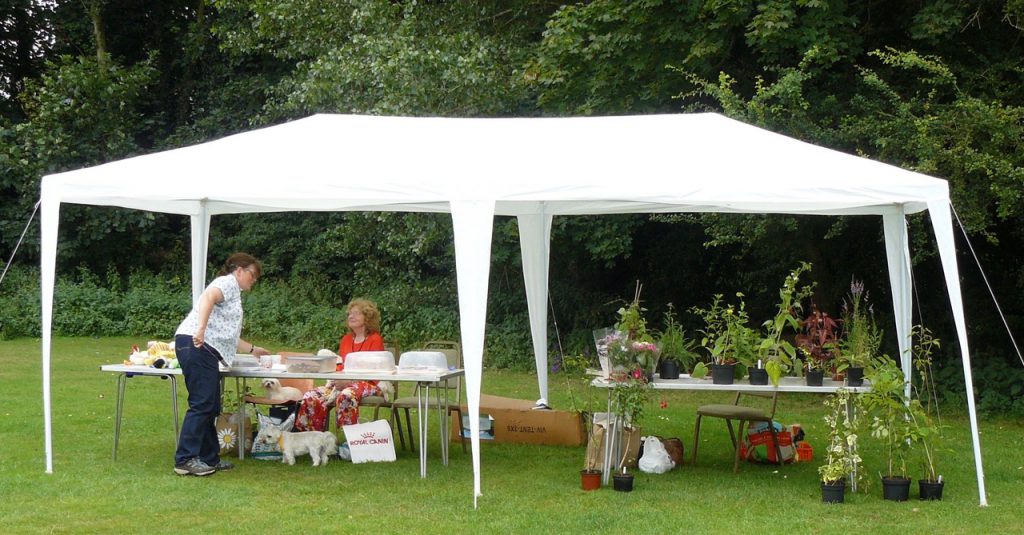 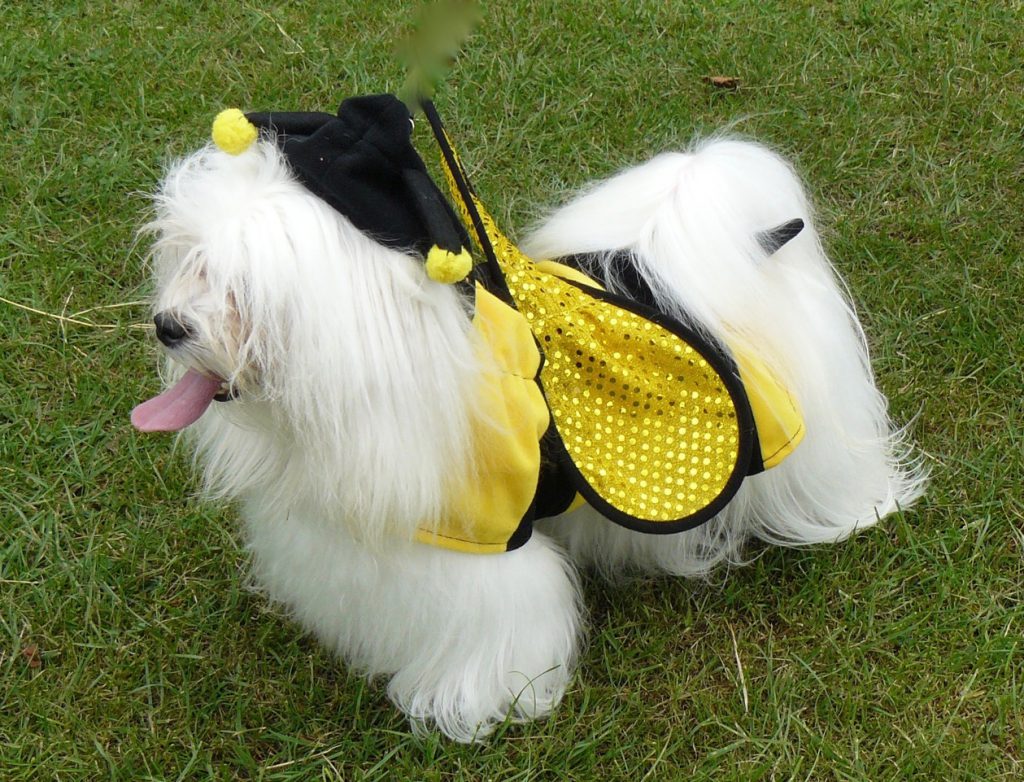 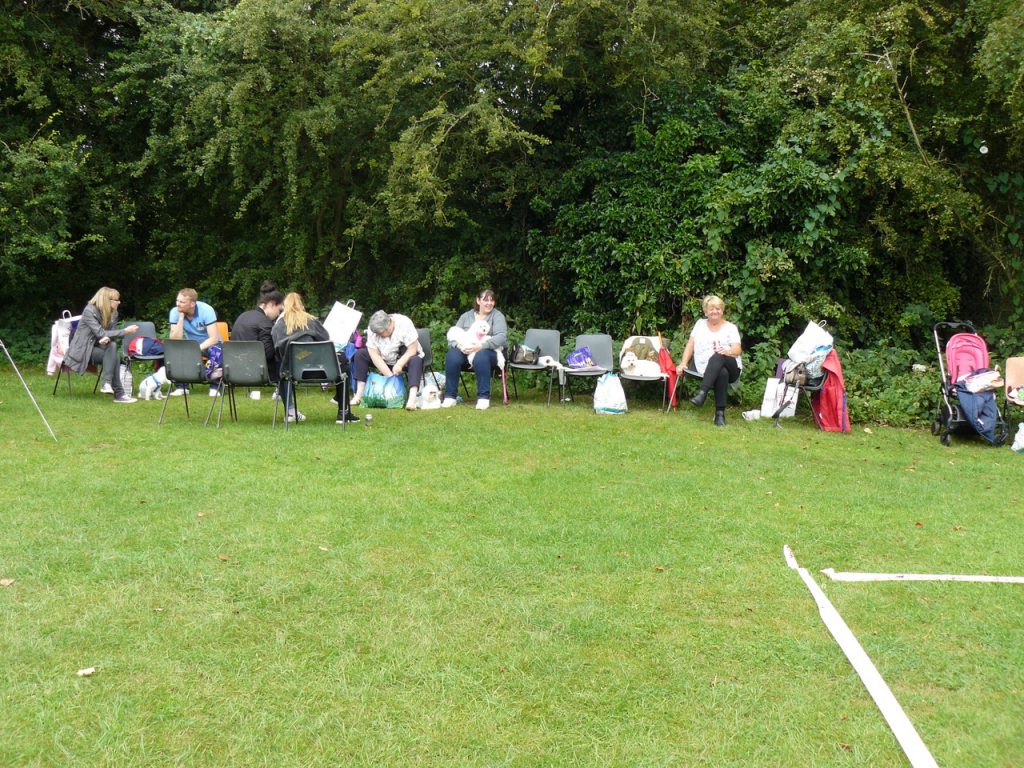 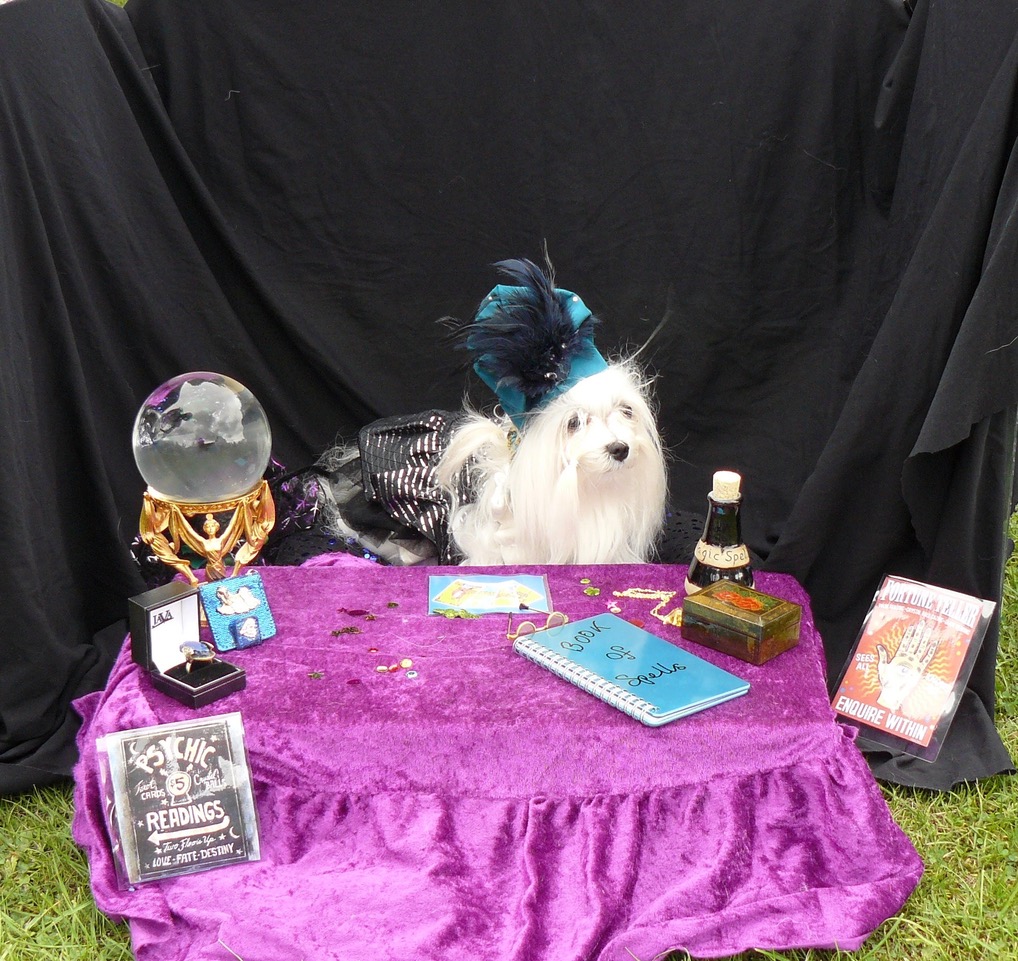 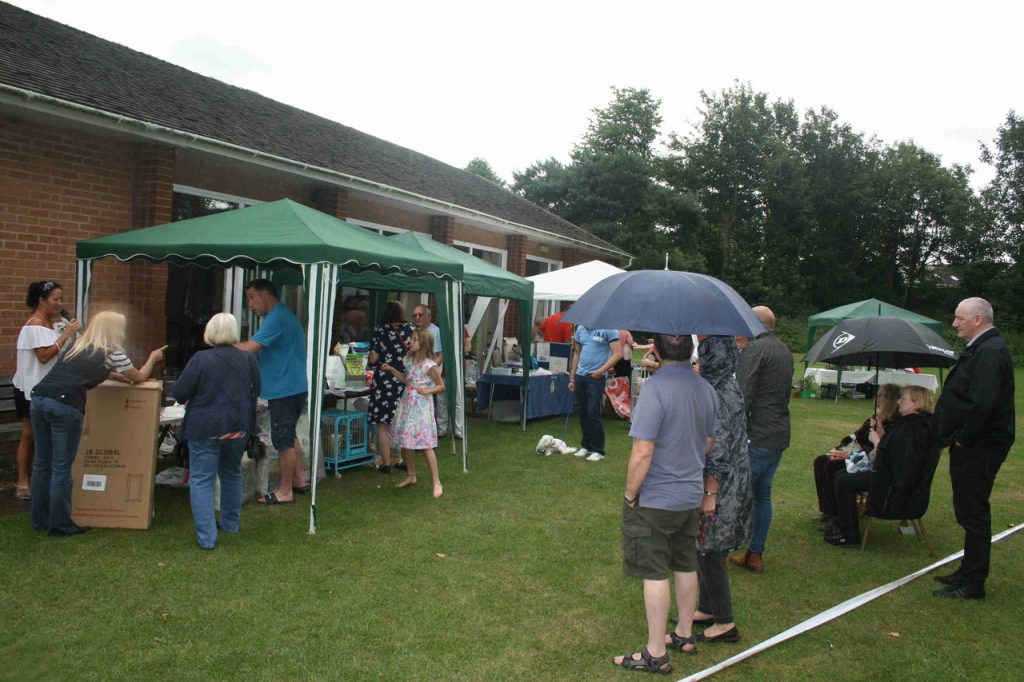 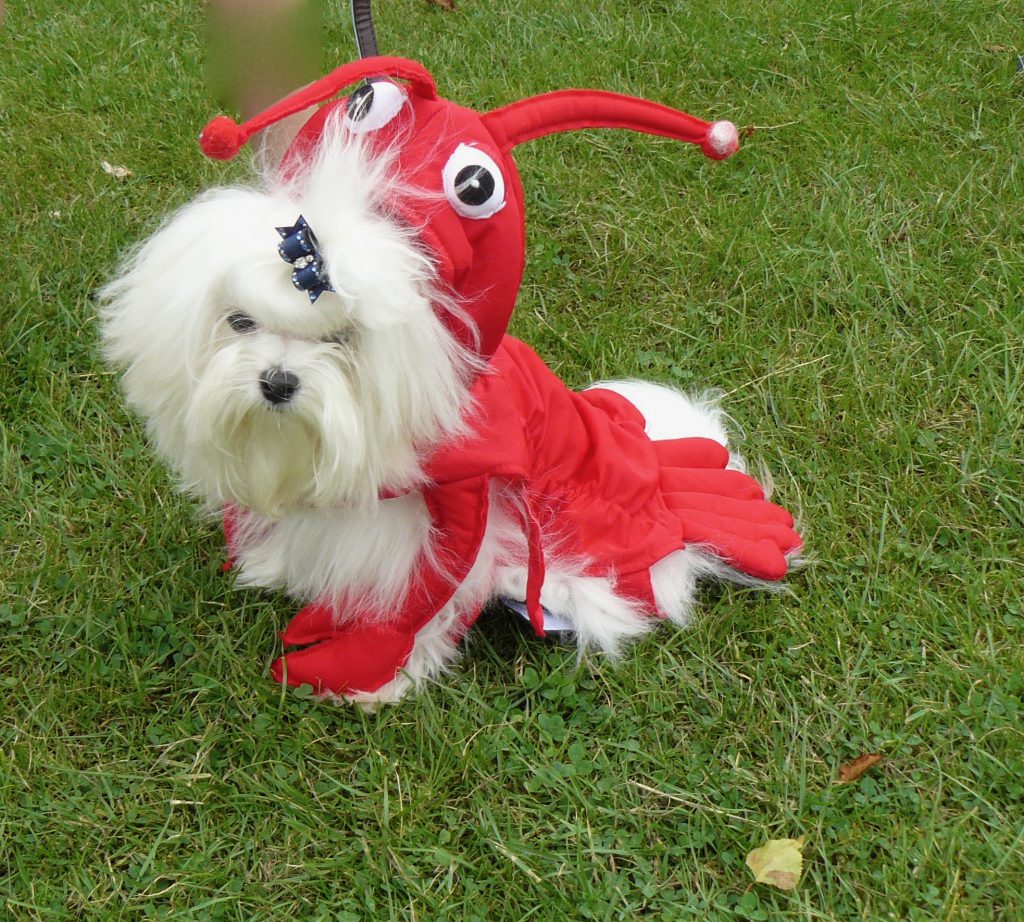 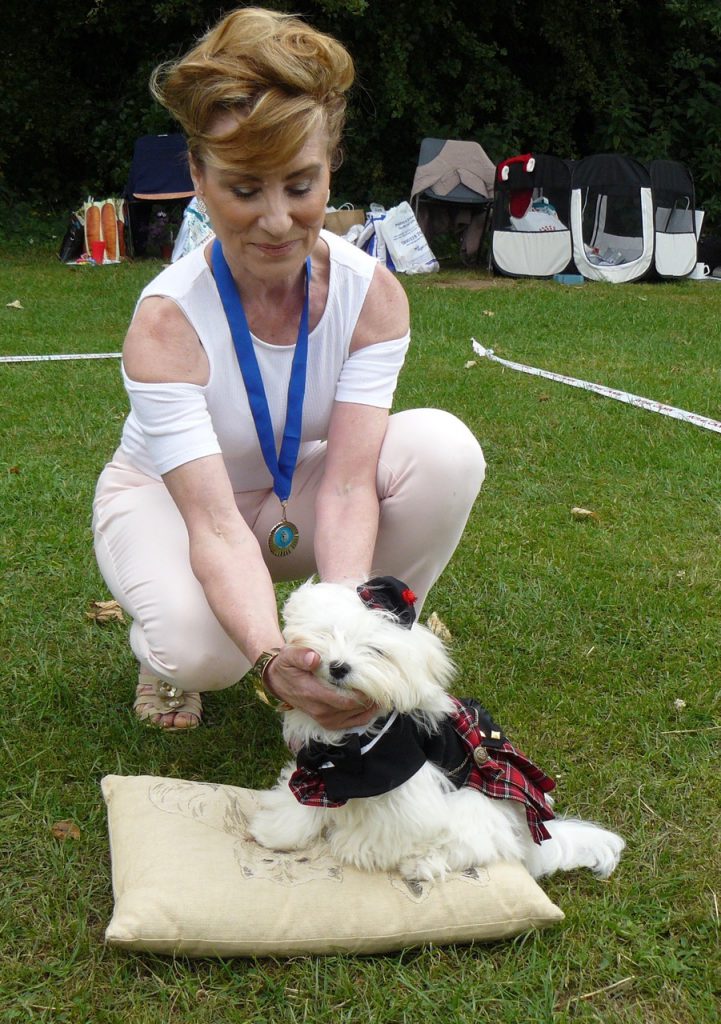 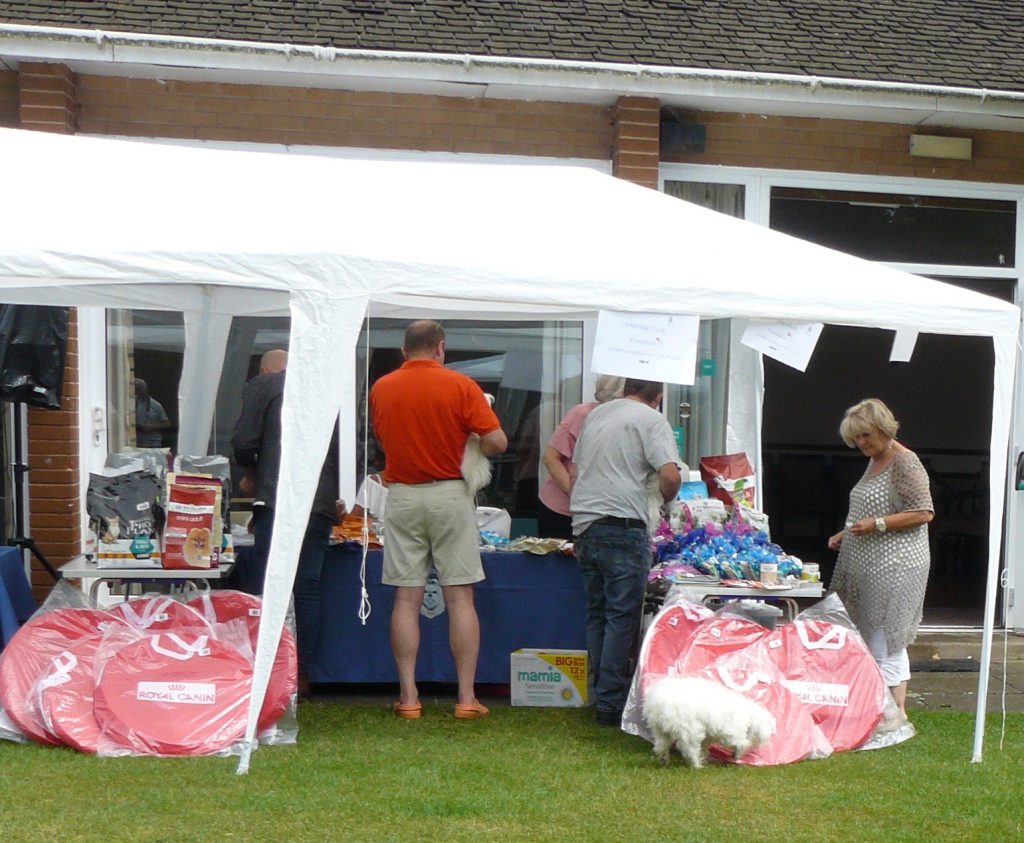 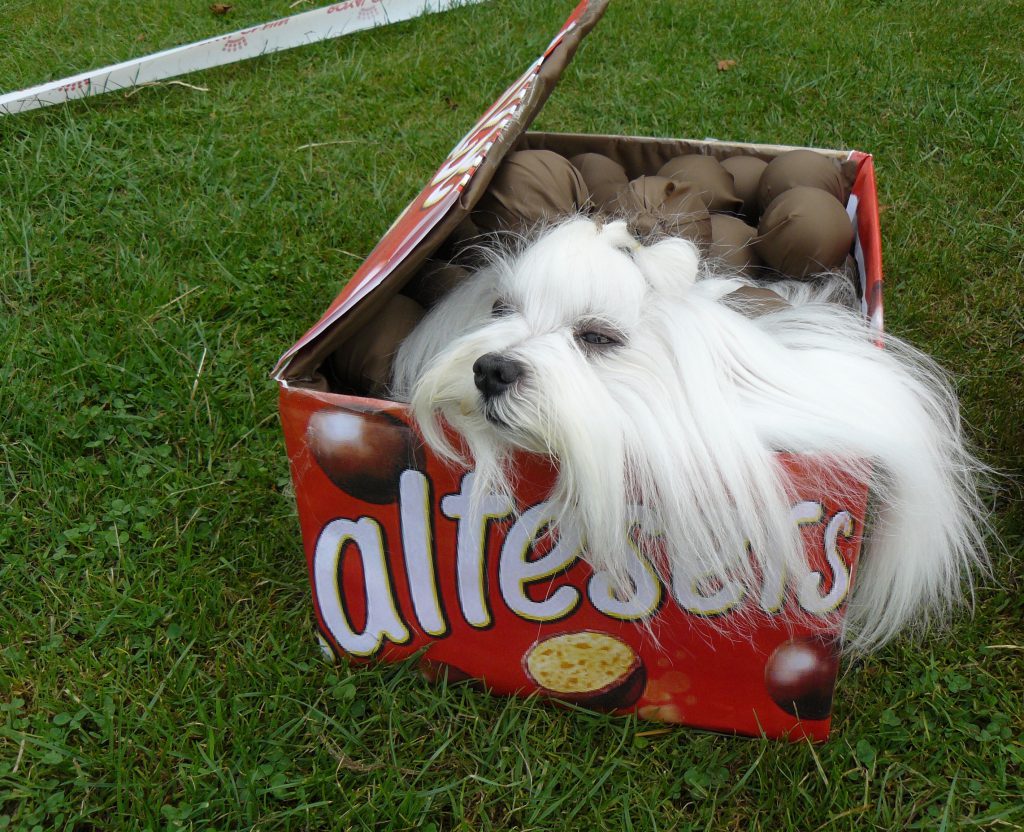 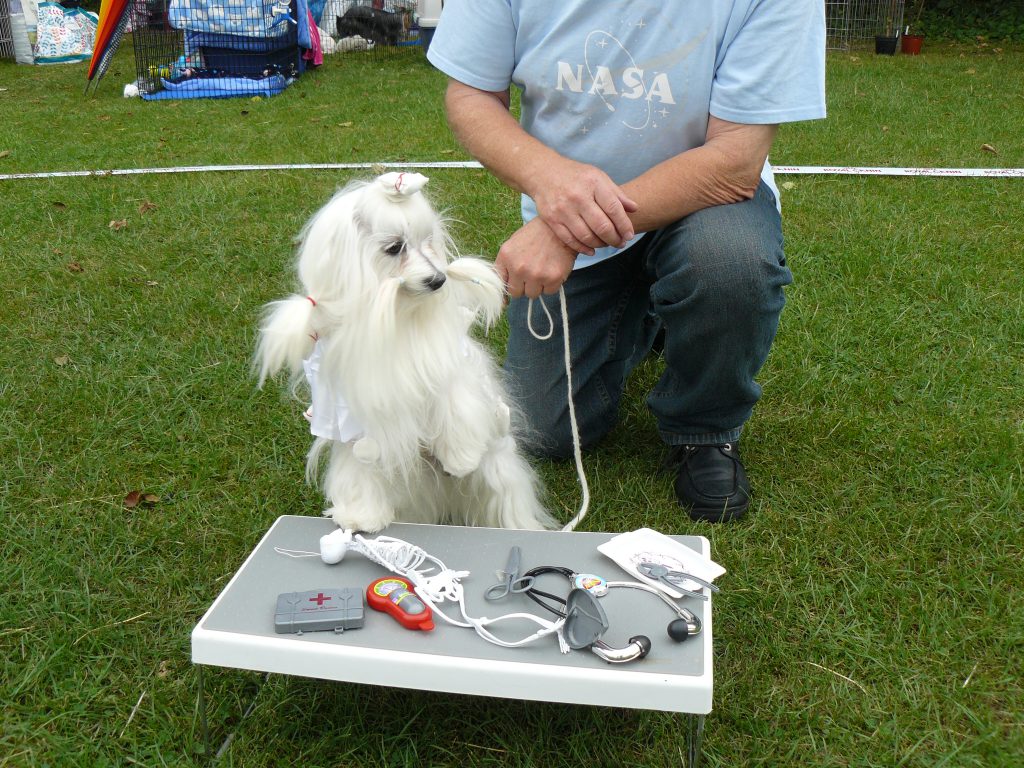 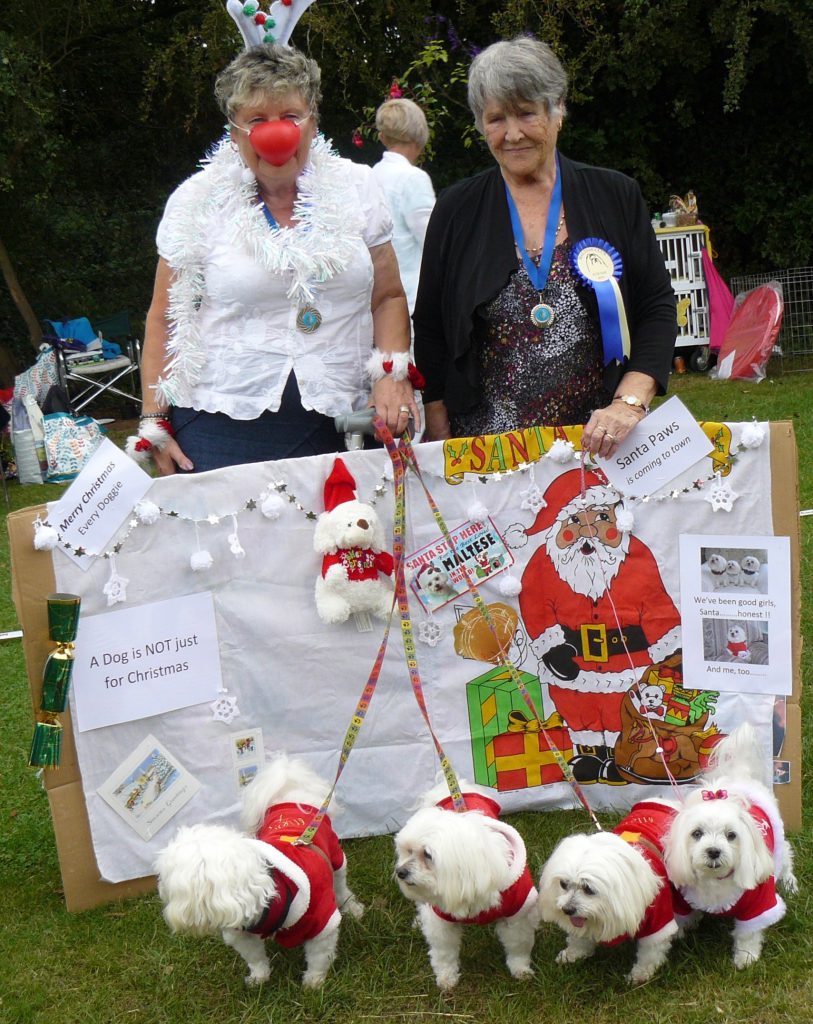 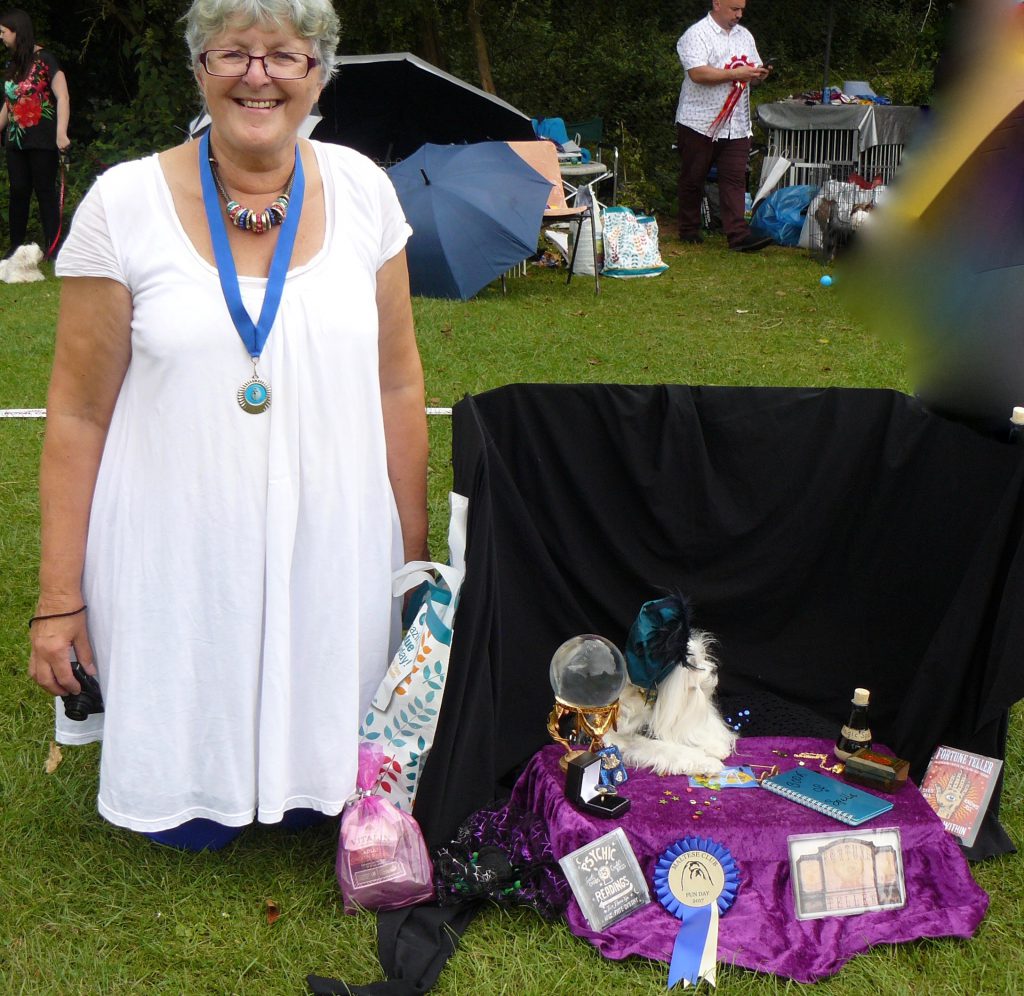 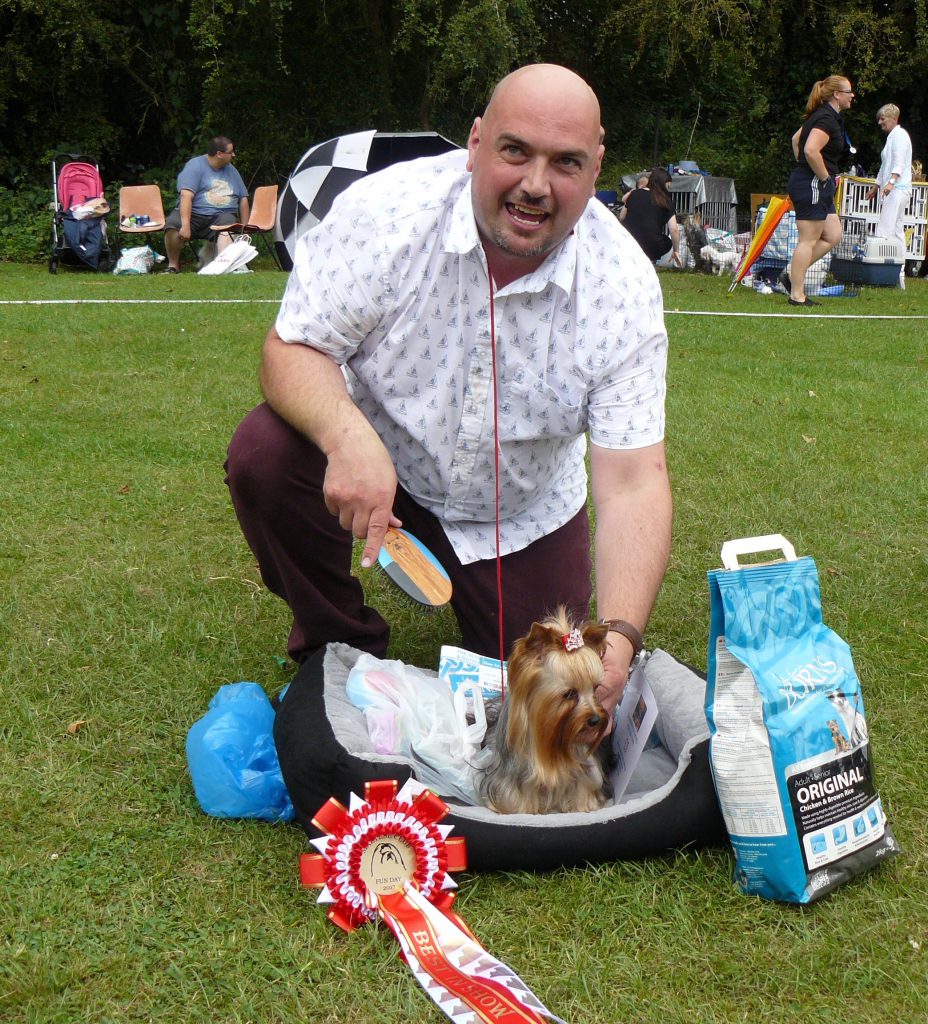 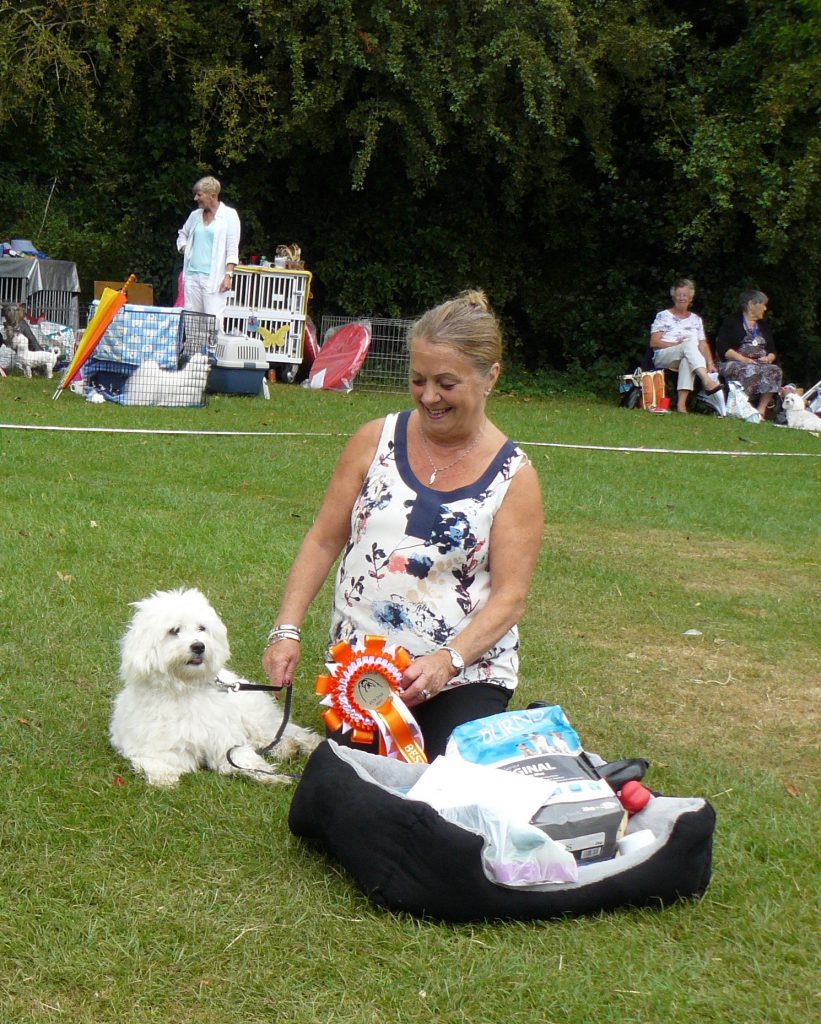 Sunday 16th July 2017 saw the Maltese Club Fun Day, held at Baginton Village Hall as usual.
The day was opened at 11.30 am by our Chairperson Miss Sue Tyler, everyone was welcomed and Sue hoped they would all enjoy themselves.
There were 14 entries over 4 age groups for the races.
the overall winner was Sparkle from age group up to 3 years, 2nd fastest was Angel from age group 4 to 7 years, 3rd place went to Percy from the 8 years and over, each received a prize bag and rosette.
Next came the Auction, held in 2 parts, a few showers held up proceedings for a while but then the sun came out and all continued.
The Fun Classes came next with Lee Studholme in the chair as the judge.
Fun Classes 1 to 9 are open to any toy breed.
Class 1, Winner of Cutest Puppy was “Benji”
Class 2, Waggiest tail winner was “Babe”
Class 3, Best long coat winner was “Percy”
Class 4, Best short coat winner was “Baby”
Class 5, Best 6 legs winner was “Hercules”
Class 6, Prettiest bitch winner was “Layla”
Class 7, Most handsome dog winner was “Riley”
Class 8, Best trick winner was “Hercules”
Class 9, Golden oldie winner was “Kiss” aged 13
Best In Show was held after class 9 giving everyone time to get their dogs ready for fancy dress.
Best In Show was won by Layla the Yorkshire Terrier owned by Martin Frostick and Best Puppy In Show was Benji owned by Rose. Both winners were presented with a soft pet bed, some food and treats etc.
Maltese Fancy Dress was won by ” A dog is not just for Christmas, 2nd was Harry Potter and 3rd was Puppy in a Kilt.
The Auction continued after the fun classes, ably done by Mel and Helpers, the Auction alone raised £408.50, which is a brilliant amount.
Stalls were open all day as was the kitchen, Due to illness of our BBQ King, Peter Wright, we didn’t have a BBQ this year, (Get well soon Pete).There were however plenty of bacon rolls, sandwiches and salads available (freshly made) in the kitchen also the Fun Day favourite Strawberries and Cream.
Thanks must go to everyone who helped make the day a success, (Committee, Family and Friends), who all worked hard all day, from setting up to clearing up at the end of a very long and tiring day. All these people give their time for free. The Total Raised for Welfare was £795.67
Thanks also to all the companies who supplied us with Dog Food, Gifts Leads & Collars, Toys and lots of dog and human related items for the Raffle and Auction, we are very grateful to you all.

Next Year date for your diary Two events on Sunday 22nd July 2018 FUN DAY will follow:-

Details of the new changes for the Funday & arrival and start times will be given nearer the time.