The weather was beautiful on Sunday when the Maltese Club held their Tea Party in aid of Maltese Rescue, people and their dogs really enjoyed themselves with races and fun classes, prizes and rosettes were won, we had a large raffle, tombola and a plant stand. The kitchen was busy all day serving sandwiches, Cornish cream teas, cakes, strawberries and cream and hot and cold drinks. The day finished around 5.00 pm, comments from people who participated said what a lovely day it was and they would be looking forward to next year.

The amount raised for Maltese Rescue was £465.00 approximately . The organisers take this opportunity  to thank all of the committee and helpers for all their hard work which made the day a great success, and of course not forgetting all the people who turned out to enjoy the day.

Results from the Afternoon Tea Party. The Races were very hotly contested with 3 heats and the winners of each of the heats going on to the final race with Archie, owned by Angelina and Nancy, owned by Barbara finishing the final in a dead heat and Willow (Dachshund), owned by Nic following on.

Next was Cutest Puppy which was won by Theo (Papillion) owned by Caroline, 2ndwas Mace, owned by Martin and 3rdwas Harley (Great Dane) owned by Helen with Leo owned by Kristia coming 4th.

Class 3 was Best Condition, plenty entered in this class and the winner was Levi, owned by Sheila, 2ndplace was Archie, owned by Angelina and 3rdwas Theo (Pap), owned by Caroline.

Next was class 4 Best 6 Legs, and a real fun class, winner of Best 6 Legs was Candy, owned by Nathan, second was Willow (Dach), owned by Nikki, 3rdwere Martin, Caroline and Kristia (see photo’s) really having fun. 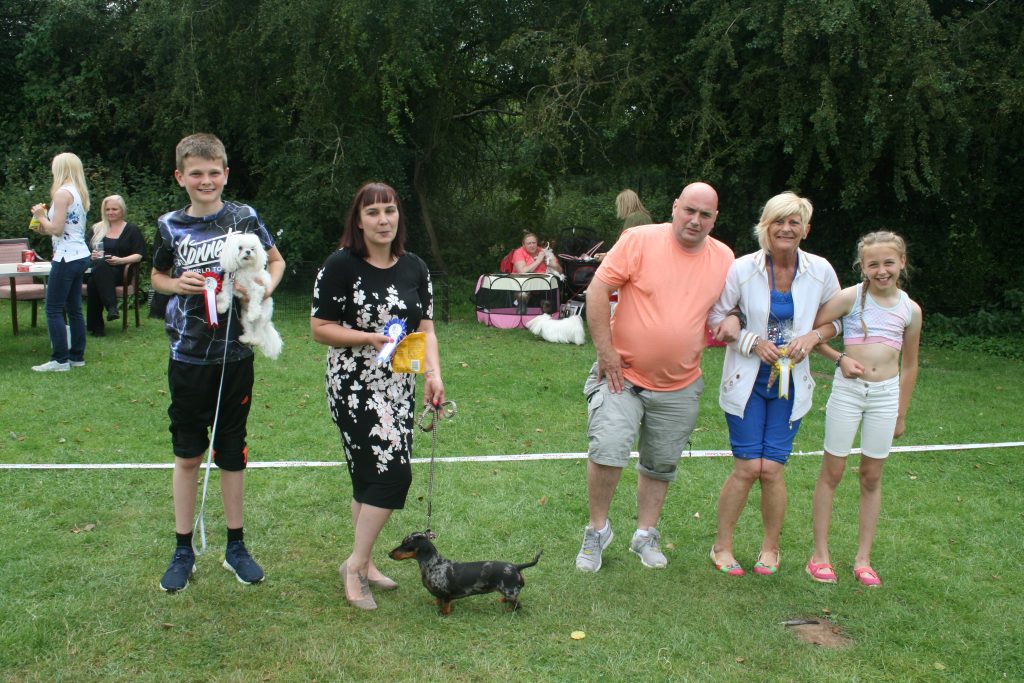 Most Handsome Dog was the next class with Asif (Dach) owned by Kristia winning, 2ndwas Ringo (Griffon), owned by Val and 3rdwas Glandee, owned by Martin.

Golden Oldie was the next class(9 years and over), 1stwas Toffee, owned by Richard, 2ndwas Chico (YT), owned by Amanda and 3rdwas Angel, owned by Doug.

The last fun class is Dog the Judge Would Most Like To Take Home, where all 1stplaces from the previous classes all entered in to this class and judge Robert O’Neill chose Candy, owned by Nathan to be the winner. 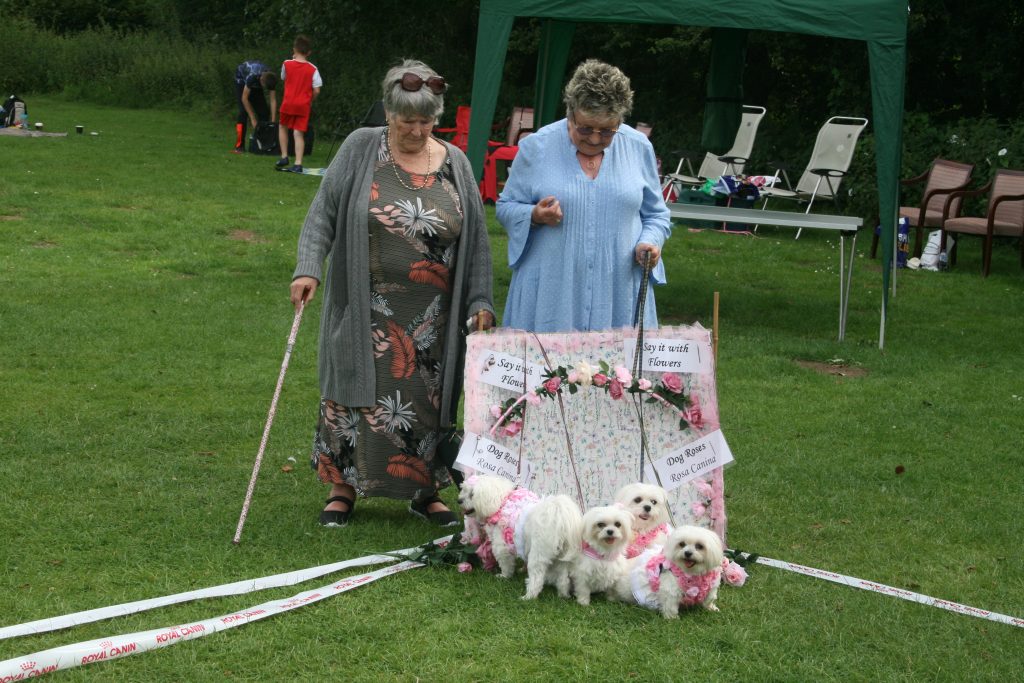 Last of all was the Fancy Dress, and a great display by all entries. Winners were Wyn and Betty with their Garden of Dog Roses,

3rdplace Nic and Mandy with Wedding Day, also in the line up were Barbara and her Husband with Two Pretty Girls and Kristia with Ready For Bed. Great time had by all.